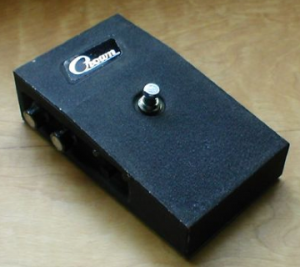 “Circa late 60s or early 70s and made
in Japan. This circuit is apparently the same as the earliest version of the
Univox “Super Fuzz”. The controls and jacks are not labeled
but there are two knobs: ‘balance’ (volume) and ‘expander’ (fuzz
amount), a two-position ‘tone’ switch for treble or bass, an on/off
foot switch on top and one each 1/4″ input and output jacks. Original
textured black paint and runs on one 9V battery
which is accessed by removing the base plate held on by four screws.”

“This is one serious fuzz/distortion
pedal, perfect for the gritty snarling sounds of the late 60s and
early 70s to the grunge era, complete with some harmonic overtones. This also works well on bass guitar for recreating classic ‘fuzz bass’ tones.”

I own an Apollo (yet another branding of the Shin-ei circuit) version, which I paid too much for but love the sound. 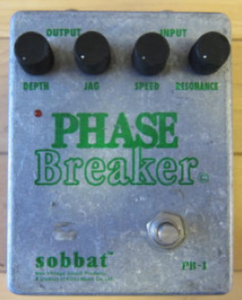 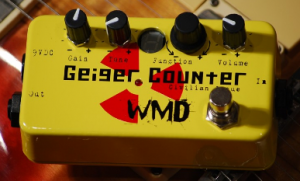 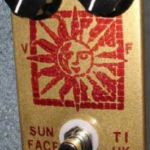 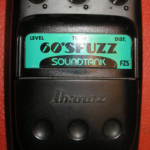 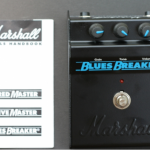 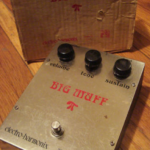 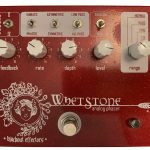 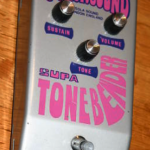 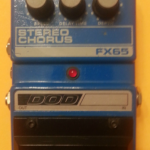 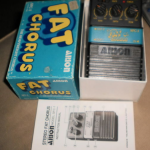 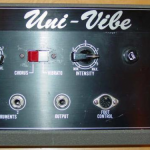 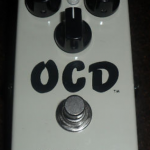