“A flanger, such as the
Ibanez SF10, makes it’s effect by mixing dry and short delayed signals
together. These signals are mixed in a way that causes a moving group
of frequencies to drop out, forming a moving comb-filter.”

“When the delay time is shortened by turning the D-Time control
CCW, the overall effect becomes more metallic in sound.” 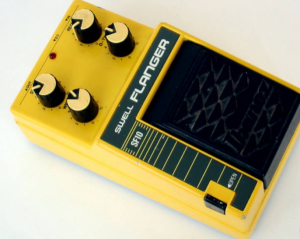 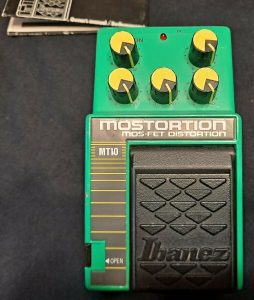 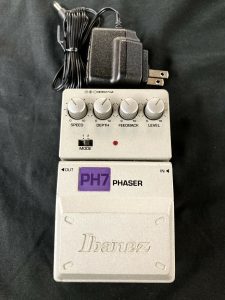 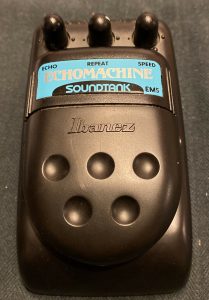 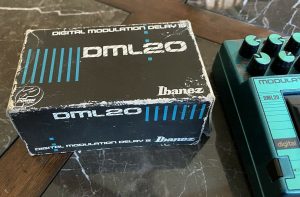