“The 1972 Maestro Ring Modulator RM-1B (second iteration of this effect perhaps?) guitar effects pedal.
Considered by many effects connoisseurs to be the best and most
important ring mod ever made. It was perhaps the collaboration between
Maestro, Bob Moog, Tom Oberheim and ARP that resulted in this incredible
synth module-like guitar effect. The RM-1B sounds like musically oscillating metallic frequencies reminiscent of
an old sci-fi music score. It tracks almost perfectly and is extremely
versatile.”

More information on this effect can be found here. A review can be found here. Slight difference in graphics between the 1A and the 1B. Looking at the top of the effect on a 1A you won’t find the “INST” and “AMP” graphics printed on the surface. I have no idea whether internal components differ
between the two models. Anyone know? 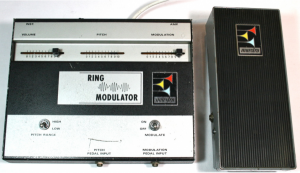 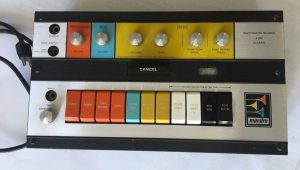 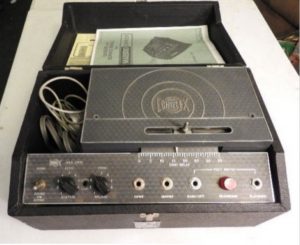 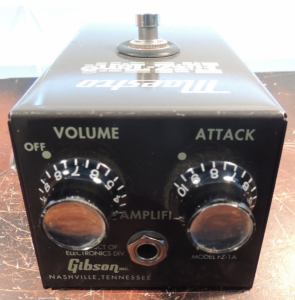 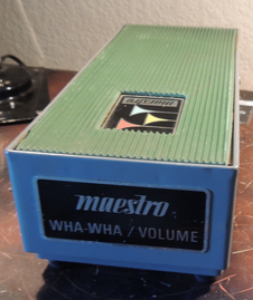 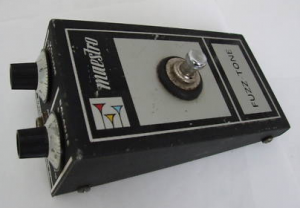 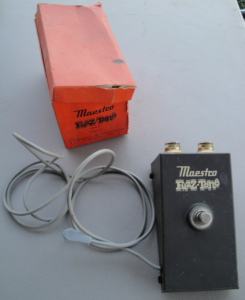