“The Ross Phase/Distortion from (most likely) the early 1980s. This is a fun effect
with separate phase shifter and distortion circuits that can be used
separately or combined to create some cool “jet” effects. This pedal is very similar
in tonality to the Roland Jet Phaser and the A/DA Final Phase. The distortion tone has a nice “throaty-ness”
to it, like the Roland and the A/DA. The Ross is probably closer in sound to the Final Phase, as it has a bit darker
tone like that effect.” 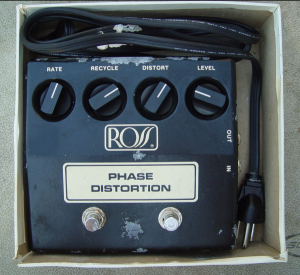 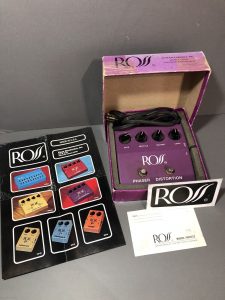 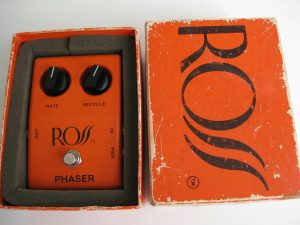 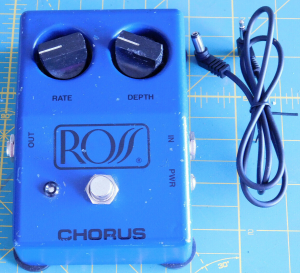 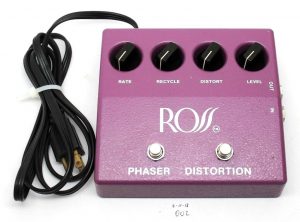 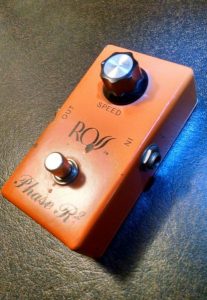