“The
Guyatone PS-106 Dual Octave Box is part of the Box series from Guyatone
in the early 80s. The PS-106 has both one and two monophonic octave down
capabilities and independent knobs for the clean signal and the octave
signal. The PS-106 creates glitchy, eight-bit style tones and is great for a
lo-fi warble.”
“The
PS-106 came in two versions. The smaller version features no DC jack
and the LED is in front of the knobs whereas the larger one has the LED
placed between the knobs and the DC jack is on the front of the case. This is the small version.” 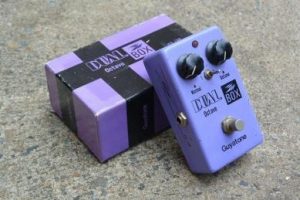 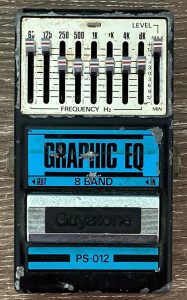 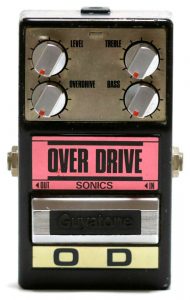 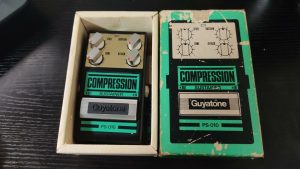