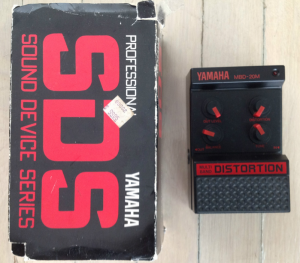 “Yamaha 10 series pedals were probably made in Japan in the mid-late 1980s. Given music of the time it was probably intended as a heavy metal distortion pedal — the MBD-20M is way more than a “metal pedal.”

“There are four controls: the usual power trio of out level (volume), distortion (gain) and tone are joined by a mysterious fourth member called balance. Balance is a control allowing you to blend the two distortion circuits.”

“The MBD-20M splits the incoming signal into two (signals) at a certain frequency and processes these signals independently — much the same as happens with a studio multiband compressor or limiter — hence the name multiband distortion.”

“The balance control then allows you to mix the two signals however you want.”

“Start blending the two bands, and there are loads of usable sounds you can achieve with the MBD-20M. From jagged, garage rock tones, through classic rock, to loose, fuzzy distortion perfect for 90s alt-rock and more.”

“For a moderately high gain distortion pedal — and one that most people would dismiss as being cheap and not worth trying — it is amazingly quiet. I’ve used plenty of higher-priced boutique pedals which the Yamaha would put to shame .”

“The MBD-20M works really well in recording and band situations. For rhythm tones, edge the balance control towards the bass side and you’ll blend in nicely. For leads and other overdubs, move it to the right and you’ll have no trouble cutting through even the busiest of mixes.” 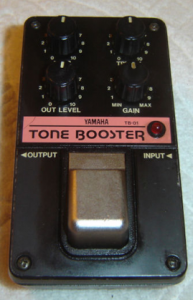 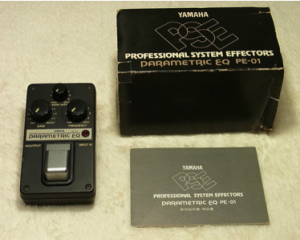 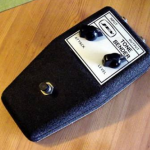 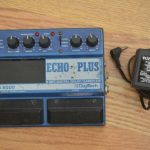 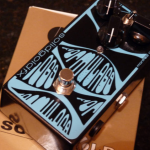 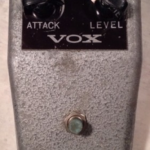 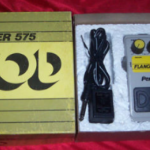 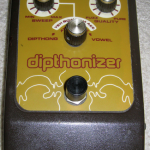 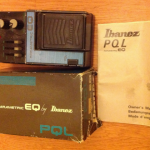 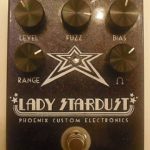 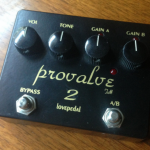 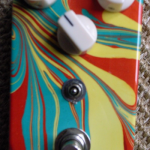