What the ebay seller had to say:

“The super rare Maneco Filter Eko
Custom Looper, Delay, Filter pedal with power supply. It powers on but no sound and most of the lights come on and all knobs
move as they should with corresponding led movement.”

Here are some of the issues with the unit:

“It’s missing five knobs, missing the LED for
the
filter, missing now/end push button, two or three wires are disconnected
inside
of the unit, bypass switch needs to be wired since the switch is
missing. Only
the record and play switches work, everything else either needs to have
the
buttons put back into the gold stomp switches or the LED’s need to be
wired or
rewired.”

“This was designed to be “two” Electro Harmonix 16 Second Digital Delay pedals in one with added features — one cool pedal when working.” 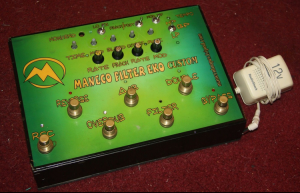 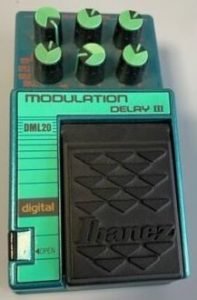 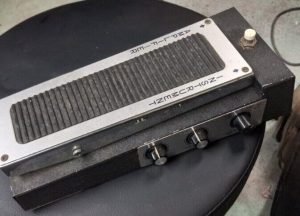 PROJECTS ONLY (Sold as Non-Working)
Distortion 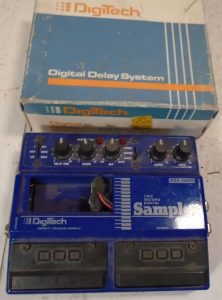 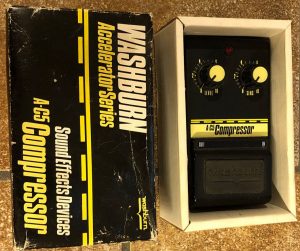 PROJECTS ONLY (Sold as Non-Working)
Compressor