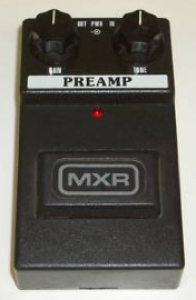 “I don’t know why they discontinued this model, to me it is more versatile than the standard MXR Micro Amp because it has a tone pot. But basically the same deal: a low output boost. Put it before an amp and you get that little extra edge that 90% of us love for our solos. And if you don’t? Put it in your effects loop and you will get the cleanest boost imaginable. No extra distortion … just your tone, but louder. And the bonus of being able to tweak your tone if you want.”

“This is one of the best boost pedals out there as it is clear, transparent and versatile. Excellent warm analog tones, great for pushing a tube amp into saturation. The key with this effect is the added tone control. You can add treble or bass to boost your signal. That feature really makes this pedal shine. Your instrument’s natural tone will be heard through this pedal with no coloration.”

“I owned a white one (never seen or heard of another in white) for several years while touring Europe in the 80’s. Deal was the house would supply the amps. Most were absolute CRAP. The MXR Preamp was my ‘band-aid’ that made them all sound OK, if not good. Unfortunately, it was stolen in NYC in the late 80’s.”

“Now I’ve got a black one. It doesn’t sound exactly the same as the white one did, but it can still make a bad amp sound good.”

“The nice thing is the tone control. It is the only pedal I carry in the guitar case, so I always have it. The other effects live in my gig bag.”

“Everyone else hates them – I love ’em. (this comes from a guy who bought 4 BF DeLuxe Reverbs when nobody wanted them in the mid 70’s).” 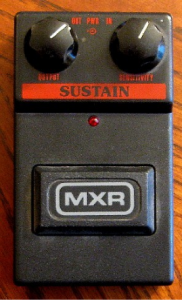 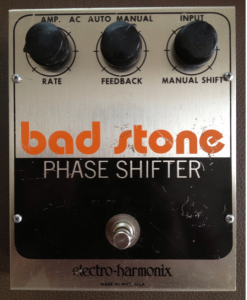 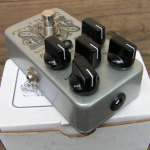 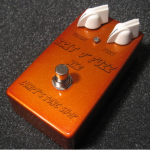 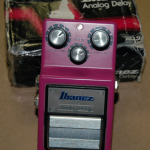 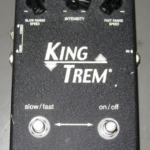 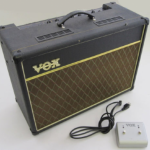 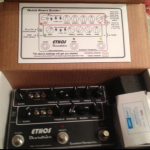 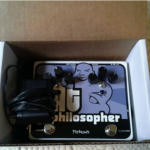 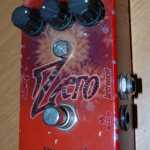 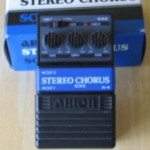