“As the Geek
will tell you, the Geekdriver is based on the ColorSound Overdriver
that was popular with Jeff Beck during his Yardbird days. At its core, it’s a clean booster,
but the gain knob changes the game significantly. By adjusting gain, you can achieve mild breakup to ugly, snarling dog overdrive, replete with tons of
overtones and harmonics. At high gain levels, it’s like the ugly dog
that’s so ugly you can’t help but love it.”

“It’s not transparent, nor is it meant to be. When
active, it adds a slight fat boost compression at all volume levels. The Geekdriver is incredibly subtle, almost visceral, in that you “feel” the coloration of tone more than you hear it. I know
I’m using a lot of flowery adjectives here, because it’s so
hard to articulate the emotional effect that compression boost has on
me. When I get that feeling, I know I’m onto something good.”

“Turn up the gain, with the addition of that colored boost, and you get
layers of overdrive which descend into this ugly fuzz the more you increase the gain. Despite the cacophony of distorted signals,
the tone is still incredibly defined and articulate. Unlike say, the OCD, which can get pretty muddy when you crank the gain. The
Geekdriver just oozes thick fuzz and never gets muddy. Nice. Great
tone, killer pedal!”
More information here: 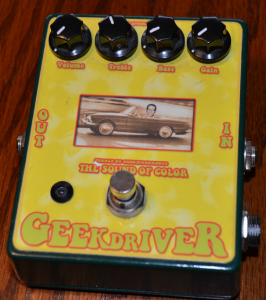 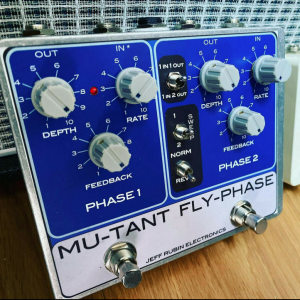 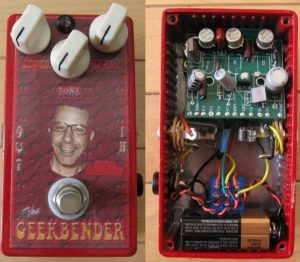 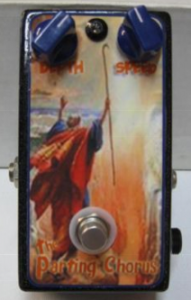 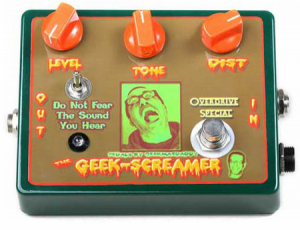