“The rare John Hornby
Skewes (JHS) FZ-III fuzz pedal. Manufactured by Jen in
Italy in the 1970s, the JHS Fuzz features a very similar circuit, and
many similar components to later VOX Tone Benders, which at the time
were also being made by Jen. Features include (1) BC238B and (2) BC239C
silicon transistors, Attack and Level control, all packed into a blue,
rectangular, Tone Bender style housing.”

“The
FZ-III was apparently manufactured under different brand names (FBT, JEN, JHS
and Ricken’s). It features a set of two silicon BC239Cs and one BC238B
transistor — making it a very gnarly pedal. It can sound completely
saturated or crisp and tight. The general sound is pretty much on the
bright side. The FZ-III works well driven by a boost pedal in front of
and an EQ behind it in order to further shape the tone. Made in Italy in
1974 for JHS in the UK, and [perhaps] quite rare.” 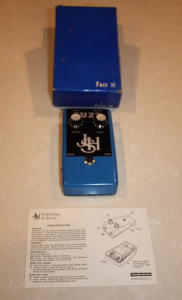 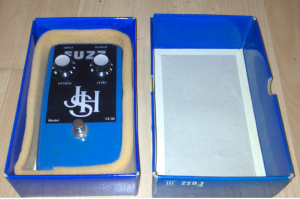 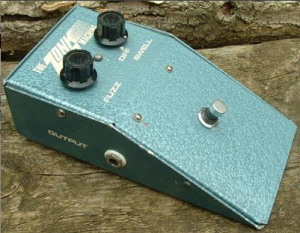 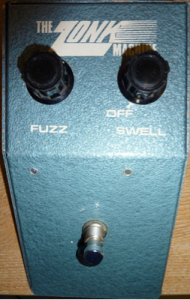 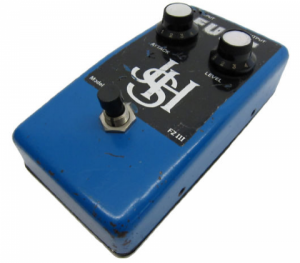