DOD introduced the Corrosion distortion pedal (FX70C) in mid-1997. With basically the same circuit as the FX70 Metal X, the Corrosion featured a heavily oxidized metal finish and no paint except red (1997-98) or black (1999) graphics near the control knobs; the first version with red graphics appears to have been more rare.

In 1999 the final version with black graphics was introduced, with the model name in a two-tone box to match the appearance of the final series of DOD pedals. However, the Corrosion did not use the same casing or switch, and may have been revived to profitably use up the last remaining second-series parts.

It is unclear if either version of the Corrosion was ever featured in DOD advertising or catalogs, but because of its raw, unfinished appearance, sales were probably slower than the Metal X. The Corrosion was discontinued when production of all FX-series pedals officially shifted to China in late 1999. 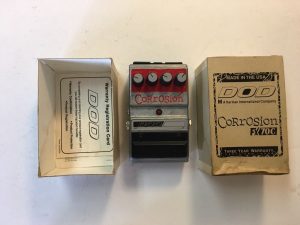 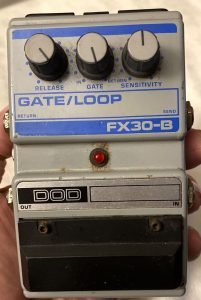 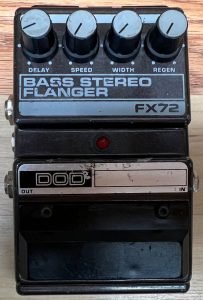 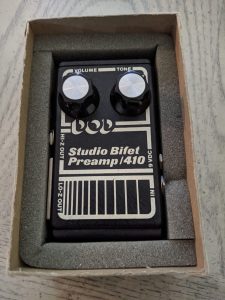 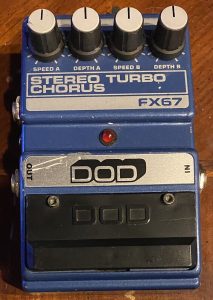 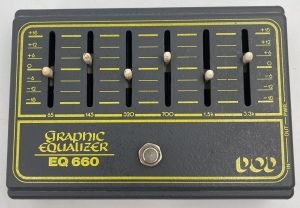