“One of DOD’s noise-only pedals.”

“This is similar to
the MXR Blue Box but with more balls. The Buzz Box rips, farts, screeches,
swirls, spatters, chugs, cuts out like a stopping motorbike, buzzes,
does syth tones, dual octaves, mess, sizzle, whine. What more could a
noise head want! Even the president of DOD wondered why anyone would
want such a pedal.”

“This pedal has been really popular and sought after in the past year or
two. There is definitely a reason for this, but in my opinion it does not live up to
the insane hype that surrounds it. It’s just a really crazy, chaotic
distortion with the added ability to dial in some octave-type sounds.”

“The low (“buzz”) and high (“saw”) controls offer decent control over
the EQ. The level (“thrust”) knob makes the pedal sound totally
different when set at lower settings, so experiment. The reason this
pedal is so popular, though, is the blend (“heavy”) knob, which adds
glitchy, synth-y octave sounds to your signal. The combination of the
insane distortion and octave sounds make this a must-have for sonic
destruction — too bad it regularly goes for twice (or even three times)
what it is realistically (in my opinion) worth.”

“This is similar to the MXR Blue Box but with more
balls. The Buzz Box rips, buzzes, does synth tones, dual octaves. It’s one
gnarly distortion/fuzz — perhaps utterly useless for many.”
“Probably
the worst pedal ever made. I was so astounded when I first heard this
thing, I had to just put it away — I couldn’t sell it. It came out
around 1994, and DOD made them for a year or two. It sounds
like it was designed by Beavis and Butthead, but I understand that it
was an attempt to emulate the guitar sound of Melvins guitarist/singer
King Buzzo
(a.k.a. Buzz Osbourne).” 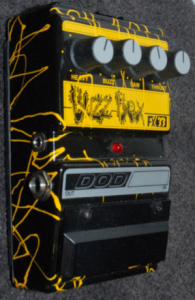 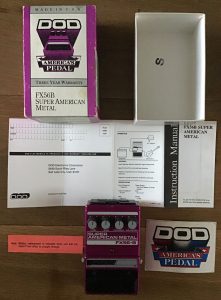 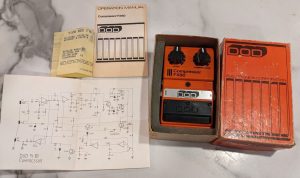 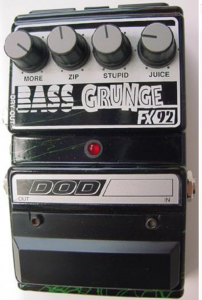 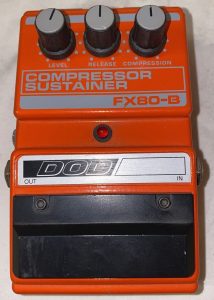 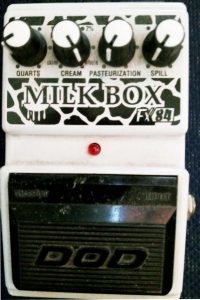 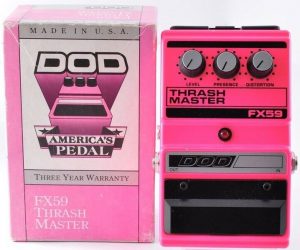