“How’s this for cool, rare and vintage? It’s the 1970s Gretsch Freq-Faze. This is actually both a phaser and compressor in one unit. It may seem a bit off-the-wall, yet the idea works pretty well when you hear it. The phaser sounds nice, and the compressor helps accentuate the phase effect, similar to the way a fuzz or distortion reacts with a phase shifter (like with the Roland Jet Phaser, for example). The phaser and compressor can work independently, as well. The compressor is a bit noisy when it’s turned all the way up, but it does get nice and squishy.” 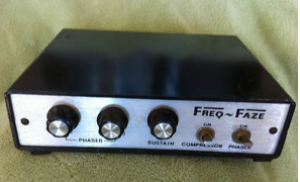 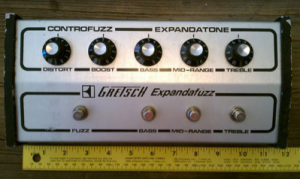 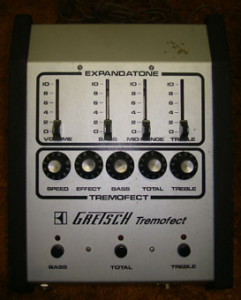 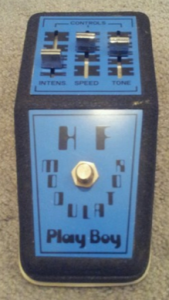 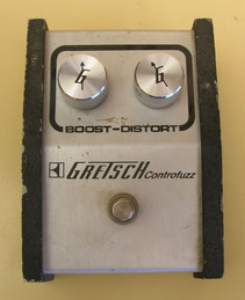