“From Loco Box’s range of pedals from the 1970s, the Mysto-Dysto ‘distortion unit’ is a simple, primitive distortion; no frills, just an aggressive, slightly fuzzy, retro distortion which would be a good choice for a variety of styles, including classic, punk and old-school metal.”

“Just as with many other distortion pedals, especially older ones, the Mysto-Dysto sounds at its best (in my opinion) when it is cranked up with the Intensity (gain) at – or near to – its maximum.”

“Even at this setting, the Mysto-Dysto remains very responsive to playing dynamics, due to the uncompressed nature of its distortion. At lower gain levels, this lack of compression translates as a lack of sustain, but yields a nice vintage overdriven tone – especially for playing single note lines – where your pick attack determines the level of distortion, and held notes smoothly make the transition back to a clean tone.”

“One notable asset of the Mysto-Dysto is the freakishly wide sweep of its tone control; from soft and very muffled at one end, to harsh, biting treble at the other. While the range around the middle of the tone control’s sweep is going to be the most usable in most situations, this wide range could be very useful at times, for special effects for example, or if you like to stack different distortion pedals or want to use it boost an overdriven amp (in a similar fashion to how you’d use a treble booster).”

“When comparing vintage overdrive or distortion pedals to their modern counterparts, one of the big differences I notice is that modern pedals tend to have a lot more output on tap, allowing an overdrive pedal to be used as a clean boost. While the Mysto-Dysto will produce a totally clean signal with the gain turned right down, the output has to be turned right up (with my set up) to remain at unity volume. This setting still has its uses though, thanks to the sweep of the tone control – turn it down a touch for an instant jazz tone, or up for extra jangle.”

“But, this is a distortion pedal after all and it just begs to be cranked up. Turn up the gain, set the volume and tone to taste and it’s hard to resist bashing out some power chords or epic riffs.”

“The Mysto-Dysto is a simple pedal but it has loads of character and is well worth seeking out if you want something a little bit different.” 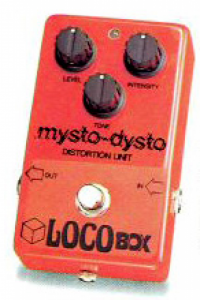 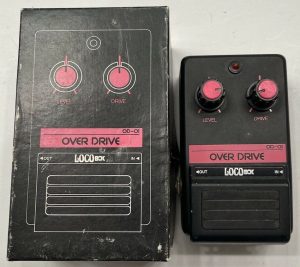 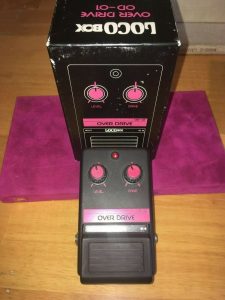 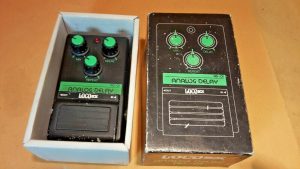 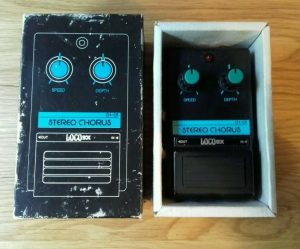 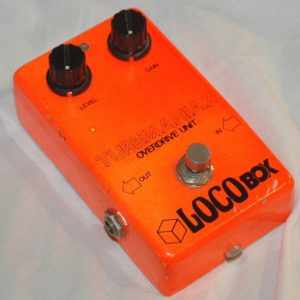