“This has a circuit and sound very similar to the MXR Distortion+. Made in Japan sometime in the late 1970s and perhaps early 80s, Coron effects are good quality sturdy effects. The Distortion 10 has been developed to make beautiful distorted sound with your guitar, piano or other instruments.”

“The distortion makes for a soft, precise sound at a lower level position and at higher levels you can get hard driving sounds like Fuzz-Tone. Similar to an early Rat in tone and response but more defined. Great for driving 3rd’s, 5th’s with a single note pedal. Nails ZZ Top type guitar playing as well as sustaining, soaring leads.”

“Stacks well with other distortions, overdrives or fuzzes as well, virtually the best kept secret out there. Was designed to be placed in front of concert amps so has more headroom than you’ll ever use.” 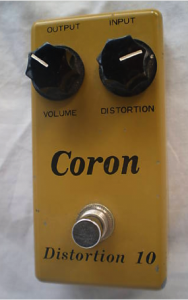 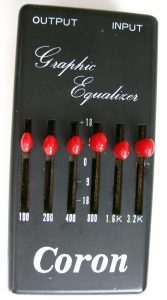 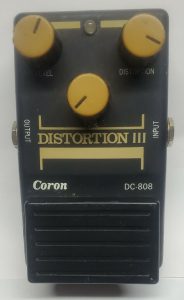 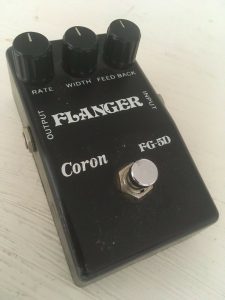 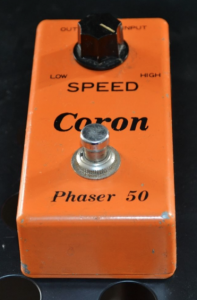 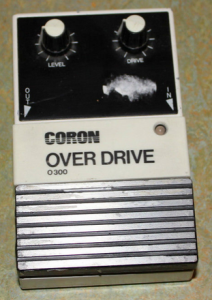