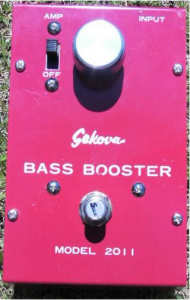 “Adds swamp loads of obnoxious MUD to your carefully crafted guitar tone. Made in Japan by Shin-Ei (there’s a
Shin-ei logo on the footswitch button) makers of the reknowned Uni-Vibe. Circa late 1960s/early 1970s with styling
and construction of the shell obviously inspired by Electro-Harmonix
pedals of the era. This could be a knock off of an EH Hog’s Foot Bass Booster … or not.”

“Level
control (functionality unmarked) which also turns battery on
and off. Since the unit doesn’t have a switching input jack, this switch
must be turned off in
order to preserve battery life. It should go without saying that if you
turn this switch off while in use, it shuts the pedal off. Uses a standard 9 volt battery. No jack for an external power supply.” 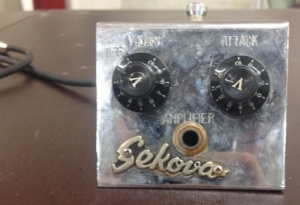 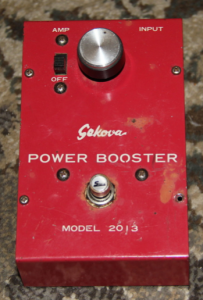 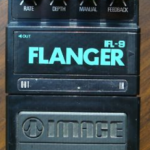 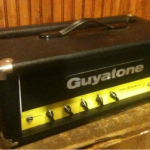 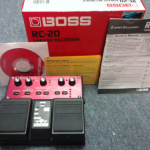 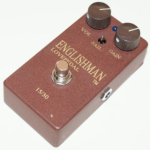 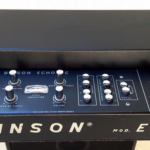 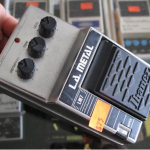 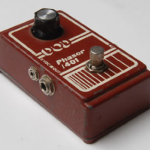 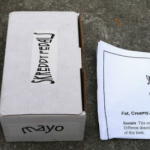 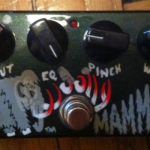 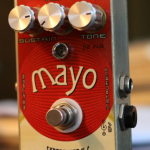